We have yet to implement the translation to update it to 1.022, but we will work on it when we have time.

SP-3 has a few interesting traits, including a "shield throw" and a two-handed sword, which can cause some pretty heavy damage.
Top

updated my windomxp with the japanese patch and wrote the names and weapons in, couldnt read the japanese though because of my unicode settings...
oh well, i already know the menu layout anyway but yeah...

more images for people to enjoy... such a huge sword...

playing catch with a shield...

Millennium R Makes the Millennium completely useless, Machine guns are weak as it just fires bullets(Bullets are crap when it comes to Armored Mechs)

The Whistler SP-3 WindomXP is by far the most powerful mech in the game and my new favorite since BlackComb, If you manage to pull a full combo with it's long saber you will kill the enemy or leave him with tiny health(Reminds me of Σ BLADE from Megaman X8 which is the longest sword)
Top

I wouldn't say completely useless...
Millennium-R only tosses 2 grenades at once while Millennium tosses about 5. I'd say those grenades are pretty important for that unit....
Top

The old Millenium has a far better Crazy Ball, although I say the Beam rifle is worth having a inferior Crazy Ball. You can kinda offset that weakness by charging it up anyway, although I kinda suck at timing and using charged attacks right. Its a decent enough machine. You can dance around people with the beam rifle and toss Crazy Balls point blank into their faces. Although if done too close, you receive some feedback damage, but you deal a heck lot more than you receive.

SP-3 is kinda loco with its powerful melee attack. A single standing combo can take out a Millenium, 2K series or Linux Iris. Although it is a pretty damn long combo, and if you aren't surrounded by buildings, chances are that you're gonna get pelted at by another mech. Its probably better in multiplayer than in Survival mode. Its All Range Attack is pretty pathetic though. I found the regular FIN FANNELLL--! attacks pretty pathetic, but this one using only 3 funnels? Doesn't really do much. Its shield toss is handy though for stun locking an opponent and then using a forward melee combo to follow up. Its a great machine overall, capable of putting up a fight at range and completely dominating in melee combat. But I personally find ranged attacks more reliable, so I still prefer the XP SP-2 B(which comes with overall, more hit points if you total up its normal hit points multiplied by its number of spawns, great mileage).
Top

It looks real nice, but its melee combos are loose enough you can interrupt them. Shield is silly

Inferior to a black selena or cymbidium's agility.
Top 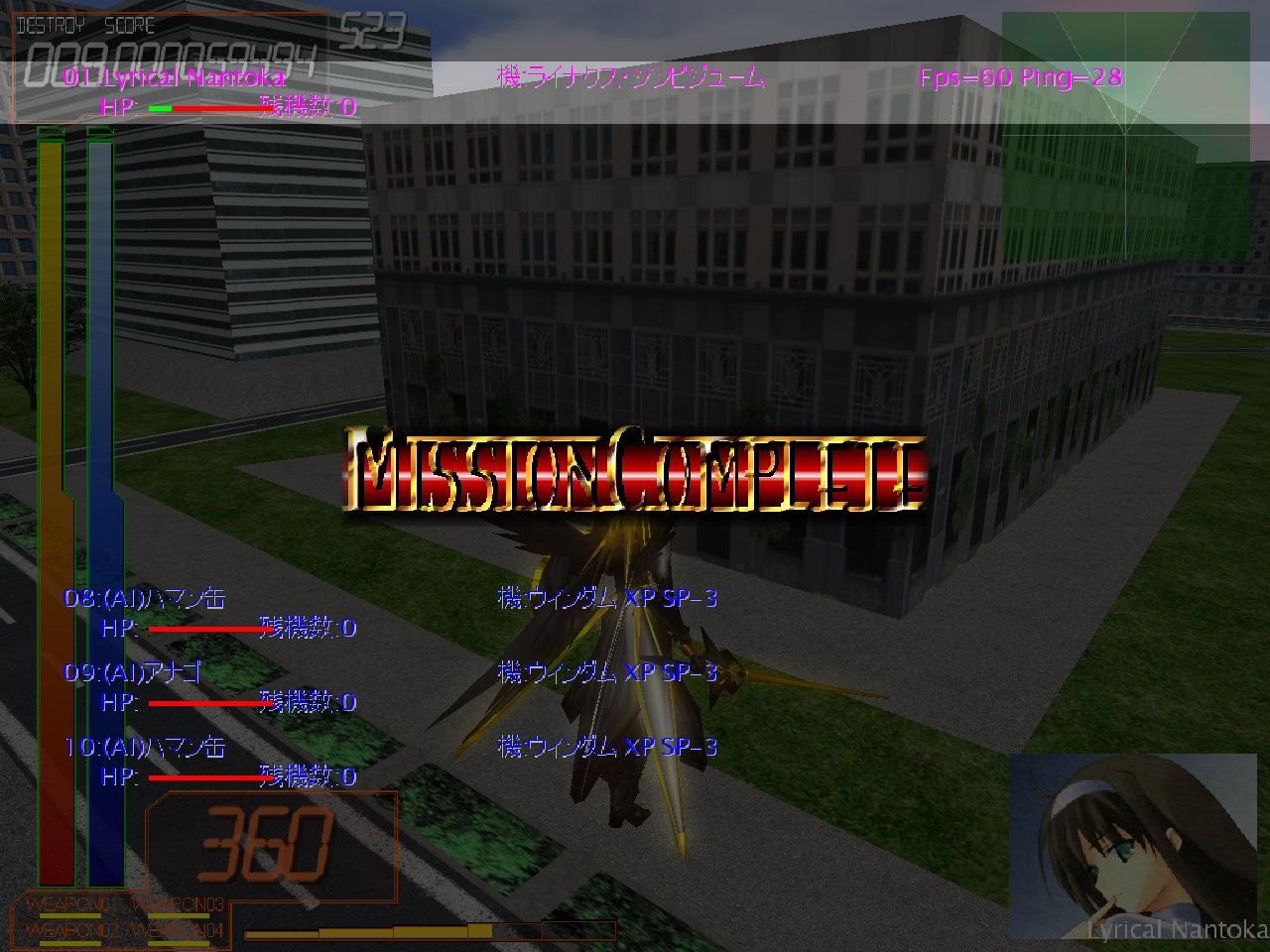 Your shield toss is a novelty in a true fight! Nothing more!
Top

You get hit by a beam and stops your combo, Powerful but slow.
Top

I always found Aura Blade pretty damn useless. Cymbidium is not particular supremely fast, so you can just continuously fly away from it while pelting it with beams, although there is still Plasma Arrow to worry about I suppose which does hurt pretty bad. I can no idea why I would use Leap though. I think 2K has an unlimited combo as well for that matter, except it only works against a wall or something.
Top

So it's called Aura Blade, I've named it Sigma Blade in it's Robo folder, I can't read japanese and the online translators out there are crap.

The leap is useful to dodge a shot quickly or want a boost up, It's a mild defense if used right, It is faster then doing a step which makes it easier to dodge shots.
Top

I think they should have tossed the Leap for a new attack. Especially since the primary shot was basically transformed into a shotgun.
Top

It has a shotgun move now? Not that I know of...
Top

Depletion_Garden wrote:It has a shotgun move now? Not that I know of...

Primary fire. Range is DRASTICALLY reduced. After, what,

0 meters (could be making that number up) the shot simply disappears. But if you hit, it hits a bunch of times for significant damage. The earlier in the shot you hit, the better.
Top

Primary fire is sword impact since its just a short extension from the sword. It's good for shocking the enemy once youre close enough to them. After shocking, start pelting away with the sword.
Top

I guess a misinterpretation on my part. Its not a shotgun move to me unless its a spray of projectiles

The thing keeping Cymbidium from being top in my books is a lack of a decent ranged game. That and Aura Blade seriously doesn't do much. Maybe I'm using it wrong, but I find that the only thing its good for is mainly dropping buildings. It really sucks when the enemy is just beam rifle pelting you while flying away and away~ although you can always catch them with Plasma Arrow once they start dropping and aren't behind something.
Top

I just checked, you can actually hit at about 160m, although it won't do much damage.

@Depletion_Garden: I know what you mean, I think of shotguns the same way too. That's why I think of this as a shotgun, since it does more at close range.
Top
Post Reply
18 posts • Page 1 of 1