unluckyvampire wrote:
► Show Spoiler
In the game they are male and in the anime, they don't tell you but the voice actors are female so maybe they went through a sex change in the anime ver

► Show Spoiler
Probably don't need spoiler tags for this reply, but what I'm replying to is tagged so meh.

A female seiyuu isn't a good indicator. Example: Naruto is voiced by a woman, as is Bart Simpson.
Top

RodYan wrote:
► Show Spoiler
They are def. guys. There's no reason the author would intend for them to lie. And also it is heavily suggested that Oboro is gay. One example i can think of off the top of my head is the scene in the anime where the merchant guy talks about the afrodeziak and Oboro throws a fit about him offering it to Hakuoro; he then blushes when asked why he cares so much. Also if any of you woke up naked next to two guys (twice) I'd probably call you gay; no matter how much you said you had to drink.

► Show Spoiler
I thought the reason Oboro was so upset by the merchant scene is that he (at this point) didn't want Hakuoro shacking up with Yuzuha.
Top

Is it me, or are you guys blind lol. When looking at the screencap from episode 17. in this post under the spoiler tag
viewtopic.php?p=16430#16430

Looking at the one on the right, you can see breasts. They were changed into girls for the anime.

If you cant see that, than brighten the picture or you monitor.
Top

That said, you're in denial. Refer to the Jun image few posts back, he looks even more girly than the twins. And then there's Bridget.
Top

Theres on 2 images, one with dialog from the game where they are guys. second one is the anime, where they were drunk and slept together.

THAT BEING SAID. I see tits, that means their girls. Also from knowledge Bridgette from King of Fighters is a guy lol. That was solved long ago.

From what i see i didn't have any useless info, since you all overlooked the tits to begin with or ignored them because your high strong on the thought of them being guys. A little weird i believe. I don't care if their guys or girls. But for certain they are guys in the game, and girls in the anime.

This sort of thing has happened to other animes as well, they usually do it to keep them around pg-13 rating.

You can argue all you want, all i know is there is no proof whatsoever that says they are guys in the anime, when there is a screencap of breasts in plain daylight.
Top

Also from knowledge Bridgette from King of Fighters is a guy lol. That was solved long ago.

I meant Bridget from Guilty Gear.

Edit: Also i did what you said. Here's the outcome. I outlined what i saw.

Brighten the screen, i brighten my computer using gamma changes, i can see a tit, no joke... Also i mean Guilty Gear too, i messed up and was thinking king of fighters for some reason lol.

You are all poor guys in denial. According to their seiyuu, the rest of the cast, etc. and even the anime drama cds (which take place in the anime world with the anime setting), they are guys. Give it up.
Top 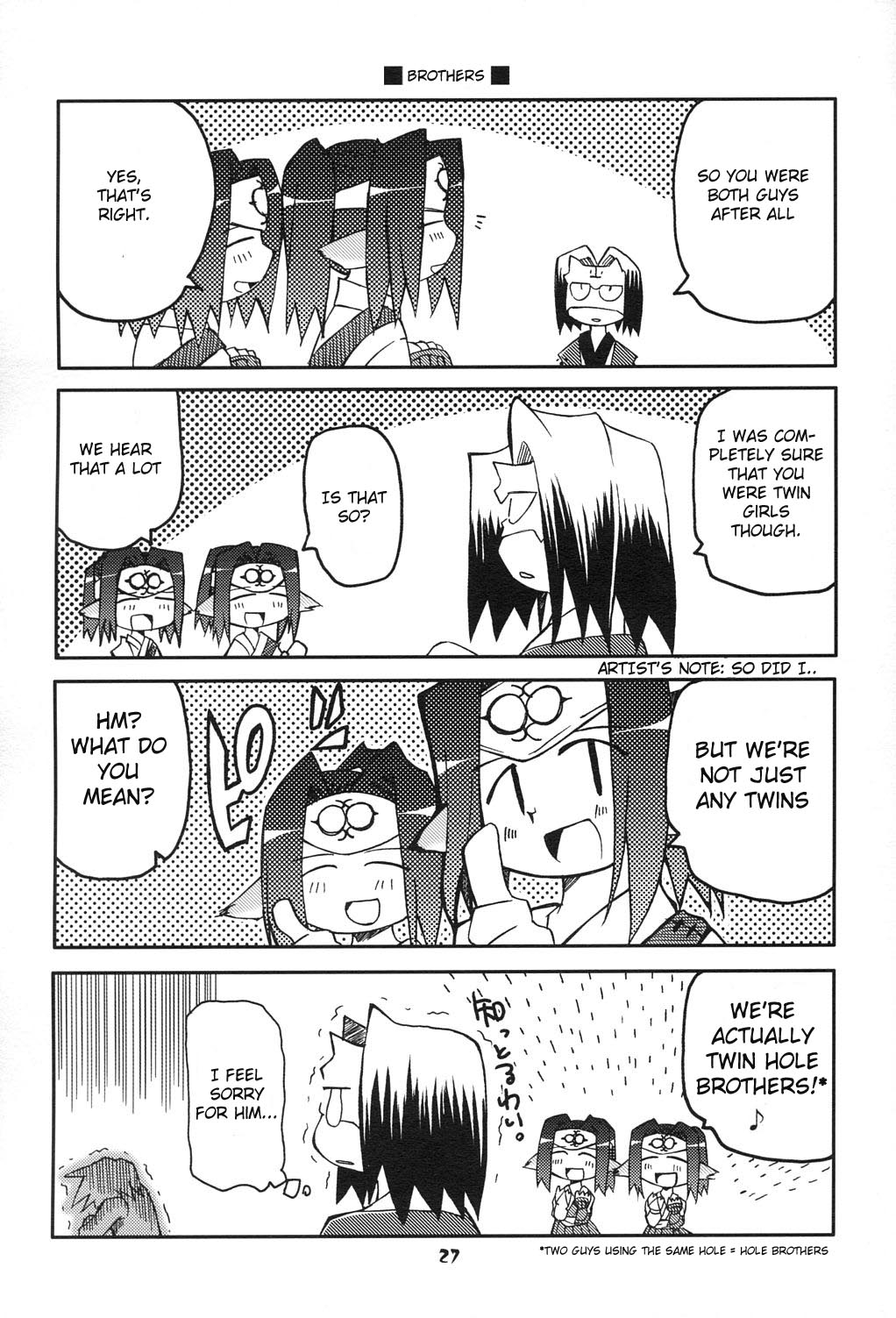 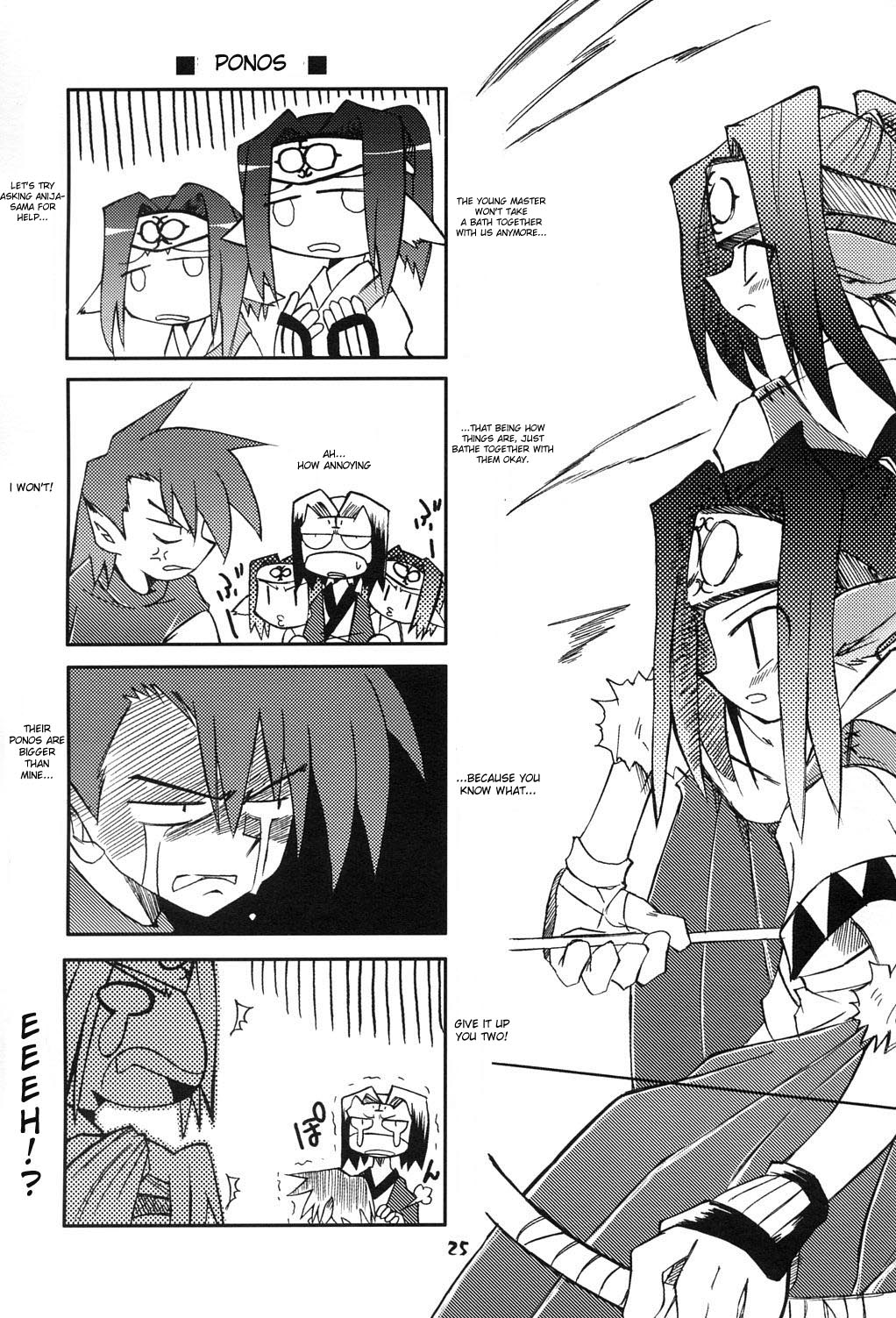 Ryuusoul, wheres this info pertaining to them being guys in the anime lol. And im still not convinced, i see tits... lol.
Top 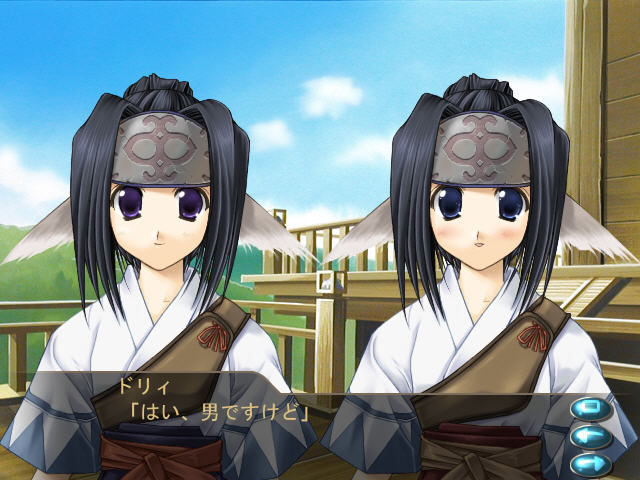 If you read my post very closely, you will see this:

Ryuusoul wrote:You are all poor guys in denial. According to their seiyuu, the rest of the cast, etc. and even the anime drama cds (which take place in the anime world with the anime setting), they are guys. Give it up.

Their seiyuu and other cast members said it (Utawarerumono radio episode 13... the cast even says it, so this should end all debate)

The anime drama cds take place in the ANIME WORLD. I believe it was the second one, but in a "what if" corner, it said "what if Doriy and Guraa were actually girls?" The answer was: probably nothing would change (i.e. they are guys, but they act really girly, so despite being guys now, they wouldn't act differently if they were girls... meaning they're not girls)

The anime fanbook segment on Doriy and Guraa mentions "looking at jewelry makes them happy and they even act like normal girls, but..." (in other words, saying they are actually guys, since the "but..." would be meaningless otherwise).

But as md posted, the pic states it all...
Top
Locked
32 posts